Skip to content
Previous Next
FlowDance – a co-creation collaboration between CxD, junior designers and musicians

FlowDance – a co-creation collaboration between CxD, junior designers and musicians

On November 18th we visited 8th grade at Uglegårdskolen in Solrød, which we had really been looking forward to. Earlier on, the pupils participated in a contest about inventing a game for Hopspots. They competed against three other schools in Denmark, and Sofie Østergaard from DR Ramasjang elected Uglegårdskolen as winners because of their excellent idea for the game FlowDance.

FlowDance is a game that combines dance and music. By stepping on the different Hopspots’ spots the pupils can create their own rhythms within the genres: pop, swing, Jazz and Middle Eastern Music. The music is recorded and subsequently used to choreograph a dance. 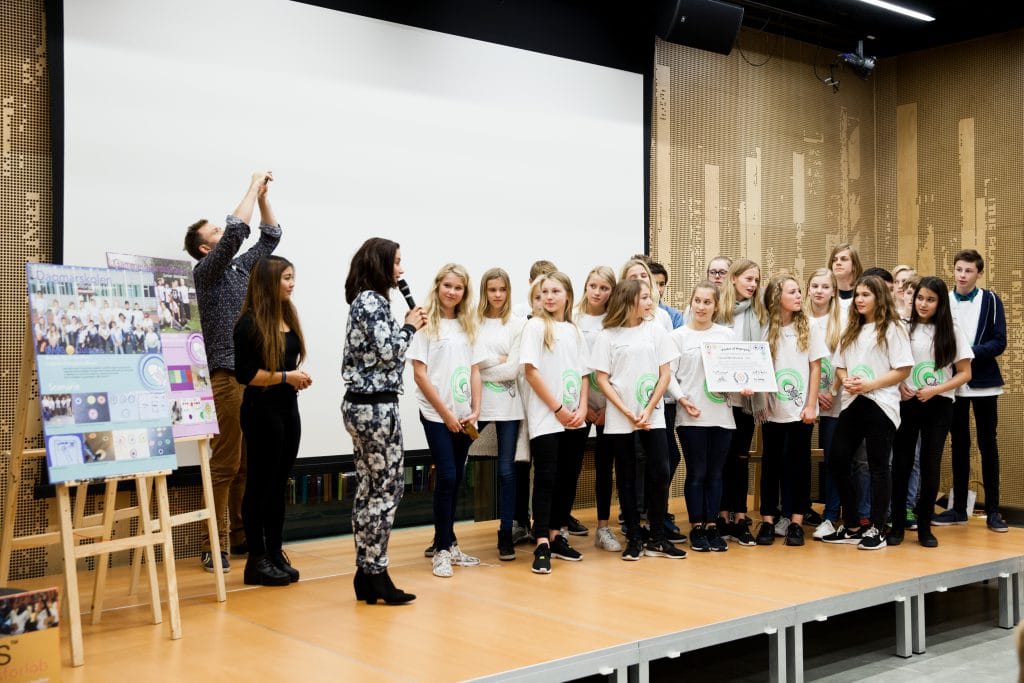 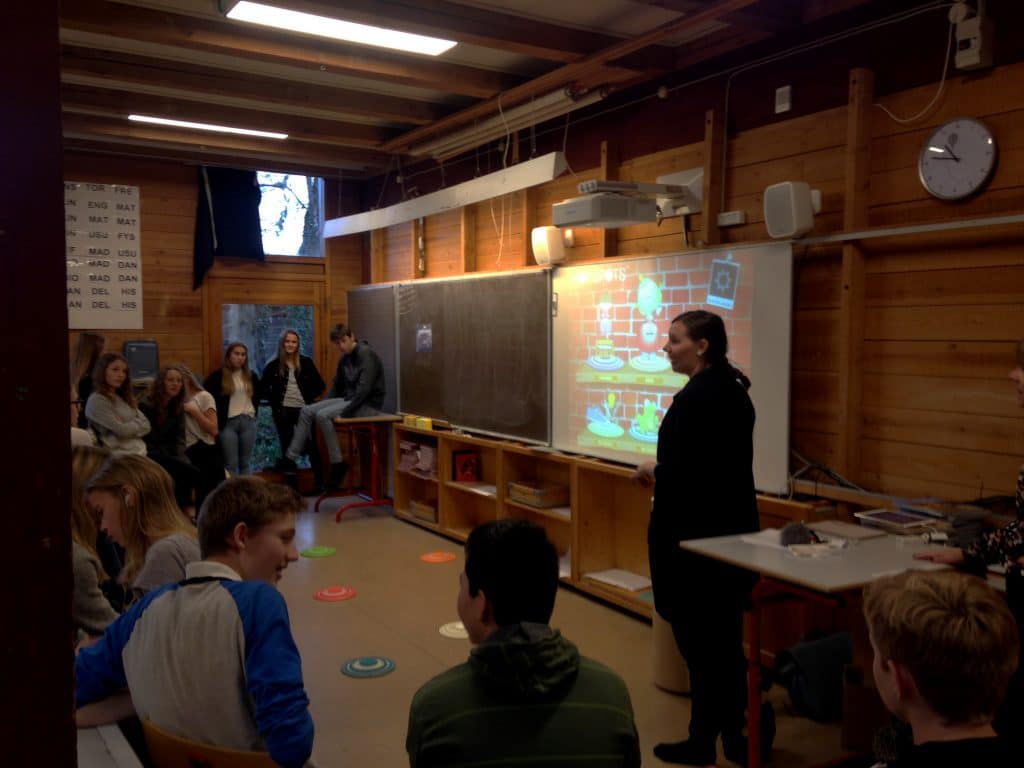 The music genres in the game aren’t random at all. They have been through a careful screening. The pupils found different genres and choreographies on YouTube and tested them. For instance, it was the YouTube video Yalla Habibi that inspired the pupils to use the Middle Eastern genre. The genres that the pupils couldn’t create a dance for were discarded. In the end the pupils took a vote to decide between the remaining music genres. The music for FlowDance is produced by the musician Jan Kaspersen as well as musician and Syrian refugee Maher Mahmoud, who plays in The Orchestra of Syrian Musicians.

A lot has happened since last time – both in terms of the development of the game, and our junior designers. We returned to the school to tell the pupils about the development, to test the game together with them and to get input and ideas for further development and exposure.

We started out by trying the game. On the girls’ request we started out with the pop genre. Two of the girls dropped their shoes and started the instruments by stepping on the spots. They agreed that it was “cool” and that it “sounded nice”. 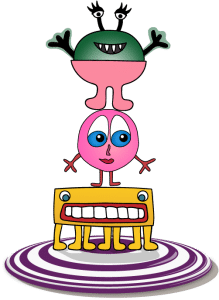 Getting the boys out of their chairs was a bit harder. But that wasn’t something a little Middle Eastern Music couldn’t handle, and two boys also composed a piece of music.

We got through the four different genres and it wasn’t always equally easy to get it all synchronized and create hot tunes.

The pupils could easily spot their original ideas and thoughts in the game we developed, and they thought that it had turned out really well.

Since the pupils got the idea for the game something happened to the target group. In the class the pupils generally agreed that the game was probably best suited for the lower levels of school and for music lessons. The urge to jump around dancing and looking silly in front of your classmates isn’t particularly huge when you’re in the 8th grade – you would much rather look cool.

The pupils want to tell the world about Hopspots and pass on the story about their invention of the game FlowDance. Thus, we brainstormed different channels for promotion, and agreed that DR Ultra might be a good way for us to get in the media, tell the story and reach the target group.

FlowDance is fully developed and ready to use next year. We are very grateful to 8th grade at Uglegårdskolen for co-creating Hopspots, and we are looking forward to visiting them again!